How High Can We Get? – Dr. Roger Dumas 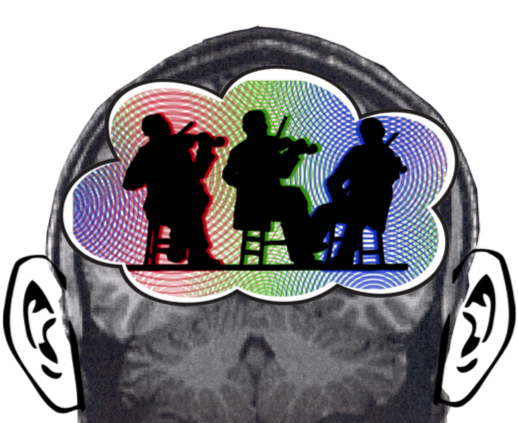 Common misconceptions
An awful lot of Europeans living in the 1700’s were dead certain that eating tomatoes was what killed wealthy aristocrats. The actual cause of death was poisoning from lead leached out of pewter plates in contact with tomato juice acid, but that fact eluded most folks for a long time.

Similarly, you may know many things. Until just a few seconds ago, you might have known that many cognitive functions like speech, math, music, and creativity take place exclusively in your brain’s left or right hemisphere. In truth, this stuff happens all over the brain. In the same vein, you also know that machines will never outsmart people, that humans are the dominant lifeform on this planet, that you have consciousness and that people can’t hear sounds above 20kHz. Dog whistles, dolphin dialogs, bat bitch sessions, way over our heads. If I can’t perceive a signal, it doesn’t affect me and I don’t need it. Done.

But what if sub-audible sounds actually do do things to your brain? Might be nice to know. Maybe we could use the information to improve our lives, enhance music, clarify communications, things like that.

Well, it turns out that plenty of folks are looking into it. A research team based in Kyoto used neuroscientific and psychological methods to divine the answer to this question:

(Spoiler: They put the answer in the article’s title, but let’s dig into it anyway. Might learn something.)

Warning: The crude images you are about to see are shockingly amateurish artist’s conceptions. You might find the full-text version of this paper with original images right here

While EEG signals were acquired from their brains, 11 human subjects heard two different treatments of an entire 3:20 minute recording of “Gambang Kuta”, an Indonesian folk tune performed by the internationally-known gamelan orchestra Gunung Jati. The researchers recorded the ensemble using a crazy, one-bit high-speed digital system that captures a signal that’s extremely flat, reportedly out to 100kHz, or 80kHz higher than necessary for the modern ultimate musical experience.

After they filtered the top-end off the full-range recording, they had 2 stimuli:

I know, it’s a bit confusing. S’okay. We’ll just refer to the FRS as all-freqs and the HCS as lo-freqs. Here are my mock-ups of the FFT’s for the audio spectra for both stimuli. The all-freqs music is the super-duper, full-range sound straight from the recorder. The lo-freqs music is the same recording but rolled off at 20k, just like all the recorded music you hear every day.

Subjects were asked to close their eyes and enjoy the music. Stimulus block design was silence, all-freqs, lo-freqs, all-freqs, lo-freqs, silence and the subjects heard this same block twice. (The lack of randomness in the presentation raises questions about sequence effects, but let’s give them a pass on this quibble.)

The team found a significant difference in the alpha-EEG signal (7.5-12.5 Hz) for brains exposed to all-freqs when compared to silence or lo-freqs. They coined the term hypersonic effect to describe the phenomenon.

Figure 2. Artist’s conception* of alpha-EEG intensity plots for brain response to three different stimuli. Although subjects could not report having heard the higher frequencies in the all-freqs music, their brains lit-up dramatically in the parietal-occipital lobes (deep purple).

*An idealization, just like every exo-planet you’ve ever looked at online.

Another fascinating outcome was the discovery that hypersonic effect is integrated over time. Their subjects’ brains didn’t change in just a few seconds – the effect took hundreds of seconds to show up. Notice in Figure 3 how long it takes the hypersonic effect to go away after the all-freqs stimulus finishes.

If our bodies really do experience hypersonic effect, somebody might make a killing by re-tooling lo-freq audio technologies. Not surprisingly, this study was funded in part by the ATR Human Information Processing Research Laboratories, a cooperative effort between Japanese universities, private industry and government.

The ramifications for music enjoyment, telecommunications, hearing assistance and surveillance could be, well, huge.

But will we be enjoying 100kHz audio in our lifetimes?
In the next episode of Your Brain Hears More Than You Think, we’ll revisit Inaudible High-Frequency Sounds Affect Brain Activity: Hypersonic Effect and look at Experiment #2’s psychological survey concerning the pleasurability of hypersonic effect. We’ll also delve into a parallel study presenting the notion that it’s not your ears, but rather your body surface that picks up hypersonic sounds.